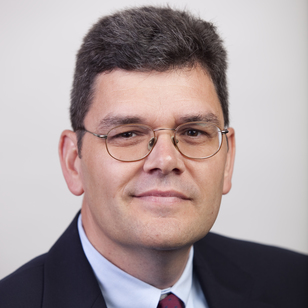 Professor Levesque currently serves as Editor-in-Chief of the Journal of Youth and Adolescence. In addition to being the first journal devoted to the study of adolescence (founded over 40 years ago), it is the most cited to journal of its kind as well as the most widely found in libraries worldwide; it also currently has the highest Impact Factor (2.797) and Eigenfactors of journals devoted to the social science understanding of adolescence.

Professor Levesque also is the editor-in-chief of the New Criminal Law Review. Focused on examinations of crime and punishment in domestic, transnational, and international contexts, the NCLR, published by the University of California Press, is ranked as the number 1, peer reviewed, criminal law review in the world. He also is editor-in-chief of Adolescent Research Review, which publishes articles critically reviewing important contributions to the understanding of adolescence. The Review draws from the many subdisciplines of developmental science, psychological science, education, criminology, public health, medicine, social work, sociology, and other allied disciplines that address the subject of youth and adolescence. The review supports articles that bridge gaps between disciplines, or that focus on topics that transcend traditional disciplinary boundaries, in ways that advance developmental science, practice or policy relating to adolescents.

His current book project examines the empirical foundations of the manner the legal system responds to the pernicious effects of social segregation. His most recently completed book manuscript, to be published by Oxford University Press, is entitled Adolescence, Privacy and the Law. That book explores transformations in the law's protection of privacy, privacy's place in socializing institutions and relationships, and its developmental significance for adolescence. Professor Levesque serves on the editorial boards of the American Journal of Orthopsychiatry as well asBehavioral Sciences & the Law, andChild Abuse & Neglect; he also continues to serve as external editor for several interdisciplinary journals.