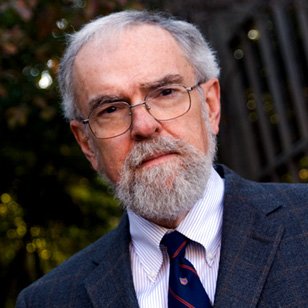 Terry Bethel was managing editor of the Ohio State Law Journal and was elected to the Order of the Coif at The Ohio State University. Highly regarded for both his scholarship and practical expertise in the area of labor arbitration, Professor Bethel has been appointed to many noteworthy public and professional service forums. He is co-author of Common Law of the Workplace. The book was a project of the National Academy of Arbitrators, of which he is a member. He previously chaired Indiana's Public Employee Relations Board, at the request of the late Gov. Frank O'Bannon.

But it is his outstanding work in the classroom, especially the sharp-witted, intellectual encounters in his Contracts course, for which Bethel achieved renown at Indiana Law. He has been honored with the Gavel Award, given by students for contributions to the graduating class. Bethel also served as associate dean for academic affairs and as acting dean during the academic year 1990-91. He retired in 2010.